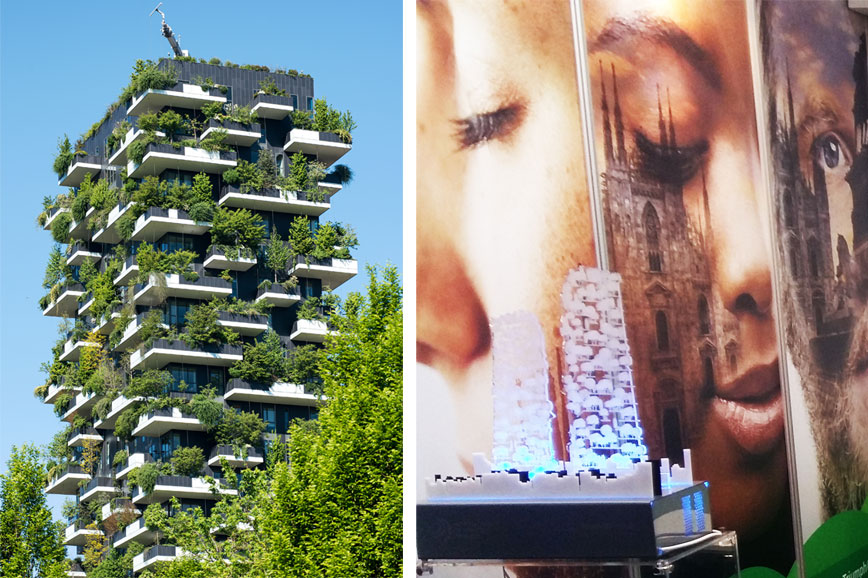 The first example of a ‘Vertical Forest’ (il Bosco Verticale) was inaugurated in October 2014 in Milan in the Porta Nuova Isola area, as part of a wider renovation project led by Hines Italia. Milan’s Vertical Forest, designed by Stefano Boeri, consists of two towers of 80 and 112 metres.

Features and curiosities of the “Vertical Forest”:

The Vertical Forest increases biodiversity. Being able to be inhabited by birds and insects, it constitutes a spontaneous factor for repopulating the city’s flora and fauna.

The Vertical Forest helps to build a microclimate and to filter fine particles contained in the urban environment since the plants produce humidity, absorb CO2 and particles, produce oxygen.

The vertical forest is a new symbol in a new Milan. Awards: “International Highrise Award” “Best Tall Building Worldwide for 2015”