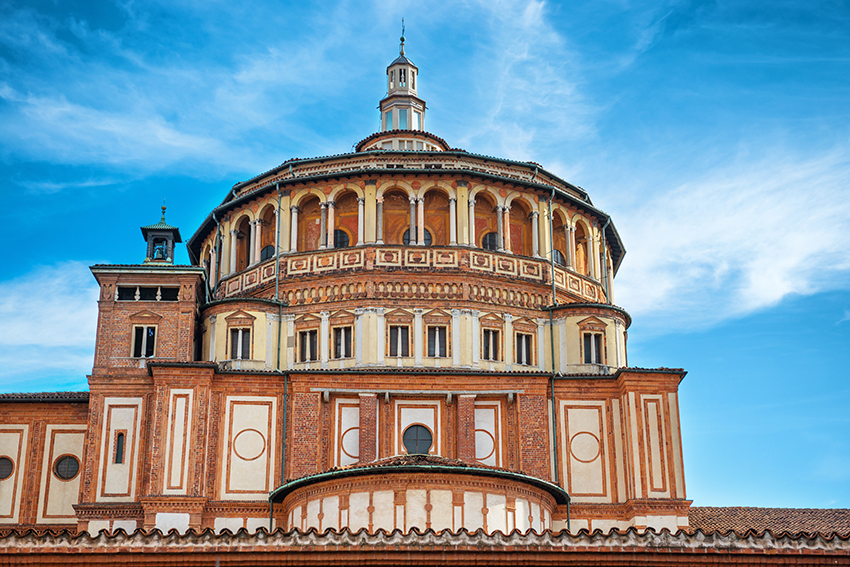 The monastery, organized around three courtyards, is composed of the northern side of the Church, and, on the other three sides, of an arcade topped by Gothic capitals decorated in leaves.
The southern side is entirely occupied by the Refectory containing Da Vinci’s fresco, and “The Crucifixion,” one of the most significant works by Milanese painter Donato da Montorfano.

The Last Supper is one of the most recognized and appreciated artistic masterpieces in the world and is the only fresco of its kind still visible today.
The painting’s theme is that of the Gospel of John, in which Jesus announces that one of his apostles will betray him.
Da Vinci set the long refectory table at stage center in this room, with Christ at the center of a pyramid formed by extended arms. Around Christ the apostles are painted in four groups of three, varied but symmetrically level. The use of perspective and the placement of the personages draws focus to the center of the painting, whence it seems that it is Christ who not only watches over the entire scene, but who seems to be living this decisive moment intensely, and in the very present.